Bell Publishing is delighted to announce that the Italian Metal Packaging Manufacturers Association (ANFIMA) will be opening the Euro CanTech conference for 2018.

Euro CanTech, which takes place from 19-21 March 2018, in Milan, Italy, will see Giovanni Cappelli, general manager of the association, present to industry delegates on the latest developments within the Italian metal packaging industry.

Cappelli has worked for the organisation since 1989, and since becoming general manager in 1999, he has tried to give more strength and visibility to metal packaging, promoting networking within the whole supply chain, which has included suppliers, as well as main companies and associations of food and chemical customers. In this activity the most recent goal was to promote together with both steel and aluminium recycling the promotion of the logo ‘Metal Recycles Forever’.

“When CanTech staff informed me of their aim to organise the 2018 edition of the show in Italy, I was really enthusiastic to give our support,” explained Cappelli. “It’s an honour to host CanTech in Milan and to give some information about ANFIMA activities.”

The event consists of an ‘all-inclusive’ two-day conference featuring key note speakers from the industry, a technical forum and suppliers’ table top exhibition. There is extensive time for formal and informal networking and business, along with two networking dinner. 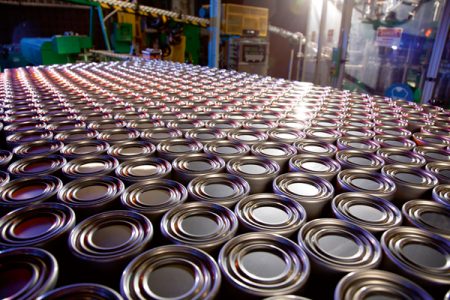